Birth of a Student Radical 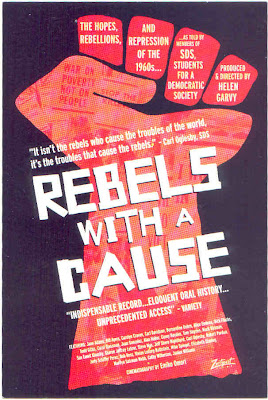 For awhile, it seemed like I was destined to reinvent myself every four years or so. After I left home at seventeen, I went from a fucked-up and abusive family to finding freedom as a semi-employed pothead. I starved much of the time and went through seven addresses in fourteen months, but none of that mattered. I was deliriously happy. It was as though my previous life had ceased to exist.

For a long time, I remembered nothing from before.

Then came the Air Force, and another reinvention as, midway through, I began to shed the doper persona I'd adopted up as a teenager. My drug years, I think, were a way to shut down and fit in. I became an awkward stoner because, in the mid-seventies, that was easier and more socially acceptable than being an awkward nerd.

When, during my Air Force Years, the pothead thing stopped working for me, I slowly started to reconnect with the curiosity I'd left behind somewhere in grade school. By my summer in Waltham, I was reading Thoreau, Emerson, and Camus for fun. I'd also quit smoking to save money.

Then came college, where I remade myself once again, this time as a student activist. My new more-radical-than-thou lifestyle gave me somewhere new to put the anger that had been simmering all along.

Within the first year, I began to remember things. It made me spacey. Sometimes there would be dreams. Other times, pieces of my former life would just pop in out of the blue, like a long lost relative looking for some couch space. Other than the occasional joint or beer, I was more sober than I'd been in seven or eight years. I turned twenty-three a month into my first semester at UMass-Amherst.

My two Travel Pay buddies from the Air Force and I shared an apartment in Sunderland, a rural community to the north of Amherst between Leverett and Deerfield. I bought my food at a farm stand that was two blocks from our building. Across the parking lot from my window was a corn field. I'd take the bus or hitch to campus. Sometimes, I'd just walk the four miles.

I had no idea, really, who I was. My apartment mates, on the other hand, were a couple of regular guys. Keith was a business major, and was losing weight by eating a bowl of cereal for breakfast and a big salad for dinner. John was going into law enforcement. They'd study, watch Letterman at night and sports on the weekend, and go to school. I didn't get Letterman at all, and kept a bit to myself. I was less than socially adept. I read compulsively and felt that I needed to make up for lost time. I thought I might become a journalist.

Before long, I found the Radical Student Union.

The RSU was on the second floor of the Student Union Building and had a desk, a phone, two chairs, a file cabinet, and a couch. There was also a lit rack filled with publications like The Nation, In These Times, The Progressive, and Off Our Backs. Just behind the office was the Gay Lesbian Bisexual Alliance, and next door were the Radical Feminists. Down the hall one way were the Central America Solidarity people, and in the other direction, past the Student Government Association office, was my future wife, who spent much of her free time getting arrested with the anti-nuclear Peacemakers group.

The RSU began in 1969 as a chapter of Students for a Democratic Society, and several years before I arrived — after most of the old guard Leninist-Maoist leadership had moved on — had changed its name from the Revolutionary Student Brigade in an attempt to be more appealing to the masses. There was a tiny budget for attending conferences and printing and such, and a handful of people for whom the small organization offered a ready made community.

Two things happened that first semester that would change my life forever.

The first was that, on October 25th, 1983, Ronald Reagan invaded Grenada. At the time I was reading Todd Gitlin's The Whole World is Watching for a media studies class. I was also taking a Contemporary US History course that billed itself as having a Marxist perspective, and had been introduced to Howard Zinn's People's History. Zinn's book was a revelation, and with Grenada, I felt as if — for the first time — I was seeing the world for what it really is. It was my political awakening, and I was enraged.

The more I became involved in the RSU, the less I had in common with my Air Force friends. I had become an angry alien. Looking back, I'm sure I was insufferable. Radical politics was a new identity that was ripe for the adoption. I threw myself into it completely and ditched my big dorky plastic aviator style glasses for small rimless lenses. The transformation was underway.

A few weeks later, I rode in a van to a leftist student conference in Madison, Wisconsin, where I sat through various workshops and plenaries on gender identity, racism, Central America, consensus decision-making, and other staples of the early-eighties student left. There was a math major there named Kathleen who I thought was cool. We talked. On the way back, we spent most of the ride underneath a blanket.

Kathleen was bisexual and lived in a vegetarian coop house on Main Street, about a half mile past Emily Dickinson's place. Her household lived collectively and were all engaged in radical politics of one stripe or another. This was a world I had never seen. For seventy bucks a month I moved into a space behind the kitchen that had once been a laundry area. There was room enough for a bed and little else.

I was a quick study. By winter break, I was heading toward academic probation, but my new life as a student radical had begun.