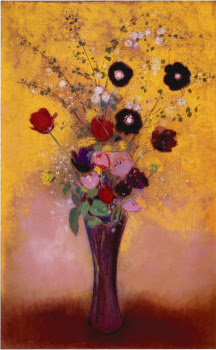 After the disastrous sophomore year of high school, my life took an unexpected turn for the better. The sessions with a counselor seemed to have had some effect upon my parents. Suddenly, I was allowed to have friends and to come and go like a normal teenager.

I'd quit my job at the Canton Cafe when, after three years, the Wong family still refused to bring my pay up to minimum wage. My small cut of the waitress' tips made this legal. I now worked at the Country Kitchen, a Denny's-like chain. I made new friends. Getting high was part of the job. The lower rungs of food service are like that.

When a popular manager was fired after an ownership change, me and the lead fry cook decided to fuck them. It was a Sunday and crazy busy. I let the dishes back up almost to the door. Mark slowed down on the orders. When the point of maximum chaos met with the height of noon rush, we walked out. A waitress quit along with us.

This was my first overt act of labor rebellion. I don't know that it accomplished anything, but it was glorious. I soon found a similar crap job at a pancake house on Minnesota Avenue.

My junior year proceeded uneventfully. The deal with my parents was that if I went to school, they'd leave me alone. This worked surprisingly well. While I can't say I'd come to like school, I read a lot, and my grades were acceptable. This was a start.

It started to look like I'd finish high school.

Something else happened as well. I grew. The pre-adolescent pudginess went away and I got long and skinny. I had a date or two.

I was actually liking my life. I had friends. I had freedom. While this was the year I discovered the joys of purple haze and microdot, the drug use was still much more moderate. It was more about having fun than shutting down.

But the détente with my parents was about to end. I arrived home from a post-school year party at 1 a.m. and was met by my father at the door. "Even Cinderella was home by midnight," he said. "Whatever," I replied. I was grounded for the rest of the summer.

The next day, they went to work. I packed a box and left.

By the end of the week my stuff was tossed and my bedroom converted to an ironing room. They canceled my life insurance. This was a passive-aggressive insurance agent's way of saying, "You're disowned."

I soon felt as though my previous life had ceased to exist. It was like being hatched anew at seventeen. I felt that way for a very long time. Years later, when I was married, my wife put a photo of her family on our mantle. I placed an egg atop a candle holder.

For the next month or so I revolved between the living room of a girl I barely knew, a couch in apartment of another casual friend, and a sleeping bag on an air mattress in the garage of yet someone else. I didn't want to wear out my welcome anywhere, so I did what I could to tread lightly.

I had a small savings, and quit my pancake house job the day I left home. It was a kid's job and wasn't enough money to really help anyway. I also didn't want to be that easily found.

Hunger was something that, in the coming years, I'd come to understand. I showed up one afternoon at the Canton Cafe and asked the waitresses I'd once worked with for a hamburger and french fries. Barbara bought the meal out of tips and it sat before me on the counter. I was overwhelmed by the moment.

"Hasn't anyone ever given you anything before," she asked?

The friend with the garage, a guy named Mike who was a few years older than I and already had a serious drinking problem, planned to move out soon and get a place with me. We found a small two bedroom house to rent. It was cheap. This was, after all, Sioux Falls in 1978.

Returning to school in the fall ceased to be an option. The counselor at Washington High said they just weren't set up to handle emancipated students, and that If I wanted to graduate, I'd have to move back home. I took the GED without studying and passed with flying colors.

Most work required either a driver's liscense or that I be 18, so the job search wasn't going so well. Feeling some desperation, I told someone at the employment center that I needed work soon or I'd be literally on the street. He sent me to a storefront that did CETA job placement. This was a remnant of the War on Poverty. I was soon employed as a maintenance trainee at Augustana College.

The other CETA placement in the Augustana maintenance pool was a stoner named Pat whose parents had died. He had a small house and a social security check. We became good friends.

I did everything from shingling roofs to digging ditches. Most of the time, I followed around a straitlaced coffee-swilling septuagenarian Swede named Buell. After he went home, Pat and I would park the maintenance truck somewhere off campus, have a beer, get high, and then drive back to punch out at five.

I started taking whitecross that summer and loved how speed made me feel. The crash after a three or four day run, however, was brutal. I decided I liked it too much and left it alone. This was one of my better decisions of that period.

Nearly thirty years later, a mid-life ADHD diagnosis got me a prescription to Adderall, a much cleaner version of the same stuff.

Every high school kid who is half-way hip knows of a house where — pretty much any night of the week — odds are a party is going on. I lived in that house. There was a liquor store across the street that didn't seem too concerned about ID. We kept them in business.

I lost my virginity near the end of the summer. A couple of Indian chicks stopped to talk while we were on the front porch drinking beers. The fair was in town. We all went. I came home and went to sleep. Shortly after, my bedroom door opened and there was my new friend. She did all the work. I barely knew where to put the thing. Like most first times, this was not the stuff of fantasy. As she rode up and down, I felt completely outside the moment. It ended and she asked what was wrong.

The next day she brought flowers. Classy. I never saw her again.

Yes, but what happened to your sister?

She lived at home until she was 35.