The break-up with Cindy was a stop and go sort of thing that resembled a slow amputation with a dull knife. We were all about sex and co-dependence and the idea of her being with someone else made me insane. After several rounds of attraction and repulsion, the accumulated tension of our negative polarities finally blasted us apart.

Cindy threw herself into AA and I dropped out of my old circle and went off on my own. Although I attended a few meetings, the Twelve Step route never felt relevant to me. As my priorities shifted, the "partying" lifestyle just stopped being interesting.

Which isn't to say that any of this came easily. A nasty depression led me to a mental health counselor who drew me a map of grief, loss, and emptiness. This is what happens, he explained, when a hole is ripped from the center of one's own heart. The good news, he said, is that it usually fills back in.

I had trouble eating and sleeping and became volatile at work, and started running to keep my raging emotions in check. I switched from Kools to Marlboros and cut back to a pack a day. 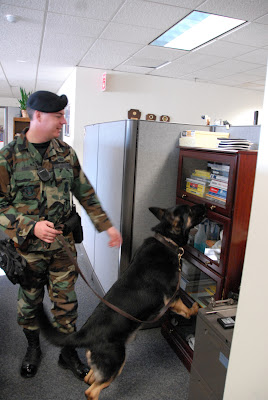 Meanwhile, Captain Stankovich had identified his problem Airmen and was working a strategy. When the arrests began, it started with room searches and drug dogs. One raid turned up photographic evidence that two members of our group were gay. They were swiftly discharged. One was devastated, and openly sobbed at Logan airport as we saw him off.

As my former friends were arrested or threatened with arrest, detectives from the Office of Special Investigations did everything they could to make us rat each other out. Cops would arrive at my work without warning to take me in for questioning.

They were always big on ritual. I'd be taken in the backseat of their military vehicle to their cramped offices and be seated in a straight-backed chair. One would offer me coffee and light my cigarettes while the other would lie and threaten. It was like a bad TV drama.

While the interrogations were stupid and transparent, they offered enormous incentive to stay my course. I was clean as a whistle and had made a decision months before to keep to myself. Consequently, I had little to hide and nothing to say. My goal was to stay straight and sober, finish the four years without arrest, get my discharge, and go to college.

My boss' boss at Travel Pay, a thin Tech Sargent with a John Waters mustache named Mort Zuckerman, did what he could to make things work. I was teamed with John Gallagher, the other office whiz-kid, to come in nights and work through piles of overdue travel vouchers.

We'd arrive at around midnight and leave for breakfast at seven AM. I barely even had to wear a uniform. Sometimes we'd come to work directly from a show in Boston or Cambridge. The idea was that we'd trade stacks toward the end of the night and audit each others calculations, but instead, we'd each just initial them without looking.

This was an enormous time saver. We cleared the backlog and were the heroes of Travel Pay.

I took a job at the base library. Hardly anyone ever came in. My boss was a quiet civilian who could always think of a good book for me to read. V.S. Naipaul, Saul Bellow, John Updike. His tastes were mainstream but solid. I'd walk around straightening the shelves, help the occasional patron, and sit reading at the desk. I accelerated my community college course load to three classes a semester.

My survival strategy was to avoid the old crowd and fill my time with work and school. I was cruising toward the end of my enlistment. In military parlance, I "got short."

In early-March of 1983, I was assigned a random detail. Instead of going to my office job, I wore fatigues to an airplane hangar to clean up after an indoor street fair. I was a Senior Airman, which meant that I wore three stripes. I seldom wore fatigues, and the rank on my uniform was one stripe out of date.

The First Sargent from Squadron Headquarters noticed, and two days later I was informed that I was busted down to Airman First Class with an Article 15 under the UCMJ for an offense that would normally draw, at most, a letter of reprimand.

When I sought counsel, a sympathetic military lawyer said this only made sense if they were moving toward a discharge. The Article 15 would make two on my record, and offer the legal grounds to kick me out at the commander's discretion. His advice was to start making plans.

He was right. The notification of disciplinary discharge proceedings came six weeks later.

The process that was pending meant that I couldn't take leave, and that the vacation time that exceeded what could be sold back could no longer be used toward an early release date. Several weeks of pay were forfeited.

To compensate, I'd come to work in a perfectly pressed uniform and preternaturally shiny shoes and do nothing but smoke and crack jokes and listen to the radio. I figured if they weren't going to give me my vacation, I'd just take it at my desk.

I was administratively held for two weeks past what would have been my release date so that they could kick me out.

As the paperwork neared finalization, Captain Stankovich came by to see Zuckerman. On his way out, I stopped him at the door and said I didn't understand why he was doing this. At that point, the fact that he was a Captain and I was an Airman didn't impress me anymore. To me, he was just a college educated asshole who drove a hot car and liked power.

He became red-faced and heatedly complained to Zuckerman, who just looked at me and shook his head. The politics of going out on a limb for me, he said later, had no pay-off. I understood.

Stankovich's Recommendation for Discharge document is worth quoting at length:

iii) I assumed command of the Hq Sq Section on 31 Oct 81 and therefore can't comment on the circumstances regarding A1C Harris' Jan 81 Article 15 for causing a breach of the peace or his May 81 Letter of Reprimand (UIF) for destruction of government property. However, my involvement with him has shown an increase in the severity of measures I have had to use in responding to his UCMJ violations. I counseled him regarding his unprofessional behavior at the Base Service Station in Mar 82, issued him a Letter of Reprimand (UIF) for a failure to go as directed by his TDY orders (he knew how to read such orders by virtue of his being a travel computation specialist) and nonselected him for reenlistment in Sept 82 for substandard conduct and constant AFR 35-10 [ed. note: these are the grooming regulations] noncompliance. Clearly, he proved unreceptive to these measures. Similarly, his his duty performance and ratings have shown a downward trend with a 8, 8, 7, and 6. All but one, comment on his failure to improve upon his military bearing, and/or self-discipline, even after counseling.

This individual is technically competent and intelligent, pursing a degree from Northeastern University. Consequently having control over his behavior, A1C Harris still has on numerous occasions, involved himself in a number of incidents that have brought discredit to his duty section and the Air Force. I call attention to his second Article 15 where he even admitted in his own appeal that he went a head in wearing an improper uniform even after the First Sergent previously told him that he was out of uniform. I strongly recommend his administrative discharge immediately. A1C Harris has been aware of his normal July 30 DOS [Date of Separation] but this has not stopped his UCMJ violations and frequent lack of courtesy and respect towards his customers that have reflected poorly on the entire ESD/ACF Travel Pay Section. My recommendation for a General Discharge based upon review of his inconsistent duty performance, resistance to rehabilitative efforts, and numerous discreditable UCMJ violations. A recommendation for a better character of discharge would be an insult to those AF members who complete their enlistments without any serious incidents whatsoever, and thus earn the right to an Honorable Discharge.

5. I do not recommend probation and rehabilitation for A1C Harris according to the provisions of AFR 39-10, Chapter 7. His retention on active duty in a probationary status is inconsistent with the maintenance of good order and discipline. I believe the comments written by a field grade officer on A1C Harris' last APR sum up the nature of A1C Harris' tour of duty in the Air Force explicitly, "Amn Harris has continually proved very competent in the Travel Branch but also has continual difficulty conforming to military standards. He has been counseled on his deficiencies, but it is apparent that Amn Harris has no desire to improve." Any continued involvement with A1C Harris would be counterproductive and actually could be viewed by his fellow workers as a reward for an enlistment full of failures to maintain the proscribed standards of military deportment and professionalism.

On May 13, 1983, I received my general discharge under honorable conditions and was ordered to leave the place I'd spent the past four years by noon. The real prize, however, was a letter signed by Base Commander Colonel Jerry L. Records describing my "lack of regard for lawful regulations and statutes of the United States," and informing me that my continued presence "poses an undesirable influence upon the discipline and morale of the personnel assigned" to Hansom Field.

Any return to the base within the next year would be regarded as a crime punishable by up to six months in prison.

It was a warm sunny day, and I was packed and ready to leave before I had the paperwork. My 1971 Audi easily contained all that I owned. As I turned the key The Clash came on the radio. Their big hit that spring was Should I Stay Or Should I Go?

I drove off through the East Gate and didn't look back for a very long time.