Working Poor in Waltham: Part One of Two 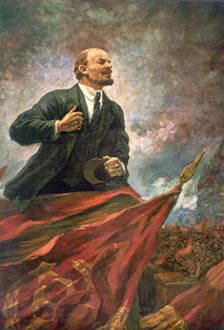 The summer between the Air Force and college was spent in a barely furnished third floor room in a Waltham SRO. There was a second floor bathroom shared by four of us. The landlord was a grizzled gray slob who had graduated to stretched out sweat pants. He managed a number of properties from a tiny Main Street storefront and would shove my weekly rent into a wallet the size of a doubled up fist.

Each week, the surly fat guy got about half my money. After a tank of gas, cigarettes, and food, the rest was gone.

I'd applied for state unemployment and been told that I didn't qualify, but might be able to get food stamps. I spent several hours in line, only to be humiliated by some state worker who looked at my military discharge and said "What's the matter? Couldn't you cut it."

That was enough for me. If this was what it took to get help, I didn't want it.

My hang-out buddy that summer was an impoverished gay balalaika-playing playboy who received a small stipend from his parents and lived on the floor below. His dad was a parking lot magnate in Maine. My new college dropout friend was embittered by the prospect of having to work for a living. His dad, he'd complain, should just give him one of the family lots. Then he'd be set.

This was 1983, and AIDS had yet to become a public issue. Anonymous, unprotected sex between gay men was still common. He told me how to flag down truckers for sex, and — during our long weekend bike rides — showed me the local cruising grounds at Prospect Park. This was a new world. I wasn't interested in the sex, but wasn't really put off either. He was someone fun to ride bikes and smoke a little pot with. I became his unattainable "het" friend.

I found work, and drove my decrepit Audi each day to an auto parts warehouse near Central Square in Cambridge. This being Boston, I made a game of seeing how many lights I could run in eight miles. My record was six.

One day, as I walked around the neighborhood on my lunch break, I wandered into Revolution Books, the storefront of the Revolutionary Communist Party. I didn't know what to make of the place, and struck up a conversation with the guy behind the counter. Confronted with a real live worker, the bespectacled young man knew just what to do. He gave me a copy of Lenin's Imperialism: The Highest Stage of Capitalism, and asked me to come back and discuss my findings. I took the book, but never returned.

I didn't need the RCP to teach me about class struggle and capitalism.

My days were spent packaging up pallets of radiators and fenders and such and putting away stock as it came in. There was a re-chroming operation downstairs where non-english speaking immigrants and other people of color worked with noxious chemicals all day in temperatures that made my warehouse seem balmy by comparison. It was common knowledge that acid and other chemicals were being dumped into the Charles River.

I worked alone. Three sales guys manned the phones in the adjacent air conditioned office while I'd sweat out the hundred degree heat. The dust that hung in the air turned to mud on my skin. Three days a week I'd drive a parts run to Springfield and back. I learned to speed without getting caught.

The administrative area had large offices for the owner and the head supervisor that overlooked a half dozen sales and accounting desks. This area was clean, well-lit, and air-conditioned. Their bathroom had fragrant soap and soft toilet paper. The laborer's bathroom, on the other hand, was filthy, smelled horrible, and had only paper towels.

My complaints were not well received. I hadn't been hired to advise management. I made a point of peeing where I wasn't welcome. Occasionally, the boss would mention that my bathroom was upstairs. I'd nod, but my rebellion continued. I knew something they didn't. In late-August, I'd be gone. The knowledge made me cocky. I was a wage slave, but I was a wage slave that was leaving soon for college, and that made all the difference.

Great post. I was checking continuously this blog and I am impressed!
Very helpful info particularly the last part :) I care for such information much.
I was looking for this particular information for a long time.
Thank you and good luck.

I love your blog.. very nice colors & theme.
Did you create this website yourself or did you hire someone
to do it for you? Plz reply as I'm looking to create my own blog and would like to find out where u got this from. thank you

Check out my webpage - upm.es